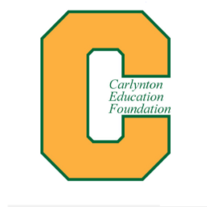 Carnegie Elementary - Mary Campbell - 2nd Grade - Alternative seating arrangement to accommodate all learners - those with and without disabilities.

"The Carlynton Education Foundation Grant gave me the opportunity to expand alternative seating to include more students, including those with unique physical needs.  The grant enabled me to purchase four balance ball chairs that have locking wheels, back support, and are shorter in height to accommodate more students.  I was also able to purchase a 48 inch by 48 inch square table for cooperative learning.  This gives one more exciting and unique area for kids to work in small groups or to work independently in another space of their choosing. My students and I  want to say a big "Thank You" to the CEF for the work they are doing.  This grant has helped my classroom become more effective, engaging, and comfortable.  A colleague said, "Why wouldn't a classroom that is more engaging, fun, and comfortable lead to more learning?  Of course it would!"  I agree. "
Mary Campbell

"Students learn through a rich variety of musical experiences--singing, performing on instruments, rhythmic movement, etc.  Playing a drum engages our kinesthetic, aural and visual senses.  Just as our ancestors communicated through percussive sounds, we do as well.  Gaining insight into this rhythmic language also expands our understanding of our verbal and written language.  Students have a hands on experience performing music on authentic drums that replicate instruments of Africa.  Students create rhythms, perform in ensemble and build music reading skills."
Thanks!
Mark Priore

The monstrous, black and orange Anderson Coach bus turned onto Franklin Avenue at 5:45AM, and the quiet hum of over 40 fifth graders from Carnegie Elementary turned into screeches of excitement. The anticipation of the trip announced to them in September reached its pinnacle. Shivering from the early morning chill, the students, three teachers, and six parents boarded the luxury bus en route to Washington, DC.

Upon arrival in the nation’s capital, the group was greeted by Paul Hartman, aide to Congressman Tim Murphy, who proceeded to highlight points of interest in the Capitol Visitor’s Center. Congressman Murphy was actually working this day back in his district, as Congress was in recess. Hartman engaged us all with the history of the US Capitol and pointed out interesting aspects of the awe-inspiring building. We concluded this tour with a special VIP visit to the Visitor’s Gallery on the floor of the US House of Representatives. This tour connected perfectly with readings we completed on the branches of US government.

Student-groups were then allowed to explore the National Air and Space Museum on their own. Many in the group flocked to see the Wright Brothers wing, took a photo with Amelia Earhart’s Vega, or climbed inside an early NASA space capsule. Several science lessons from the school year were reinforced throughout the museum’s exhibits.

The rest of the day took our group along the National Mall and Tidal Basin with a popular photo- op at the Washington Monument. Many students immediately laid themselves down at its base, looked up, and snapped pictures from this interesting perspective. Some yelled out with pride how they noticed the different types of stone used to build the monument which is something they read about prior to the trip. Next up was a stroll through the beautiful World War II Memorial, a solemn walk through the Vietnam Veterans Memorial, and then a short trek to the Lincoln Memorial which was thrilling to see up close since we studied this building on the back of a penny during our Microworlds science module. The Korean War Veteran’s Memorial drew amazement from several students with its impactful, real-life statues and powerful inscriptions. Our final stop was the Martin Luther King, Jr. Memorial which towered over students as they lined up for photos. Students read many of Dr. King’s famous quotes that lined the surrounding walls. Across the basin we observed the pristine Thomas Jefferson Memorial which we unfortunately couldn’t explore as time was running out on our adventure.

Mrs. Cummings led the Carnegie convoy back across the National Mall where we strolled by the soon-to-open National Museum of African American History as well as seeing the White House and its South Lawn. Unfortunately, an incident earlier that day had the White House on lockdown and we couldn’t walk to Pennsylvania Avenue. Our day ended with a pizza dinner on the lawn in front of the US Department of Justice headquarters as we waited for our coach bus to pull up for the trek home.

According to several step counters worn by students, we walked over 22,000 steps (about 10 miles), traveled almost 500 miles on the bus, and hopefully etched a lifetime memory into our minds.

Carnegie 5th Grade would like to send many thanks to the following contributors who helped with the costs of the trip: Carnegie PTA, Carlynton Foundation, and several anonymous donors who ‘sponsored’ students.